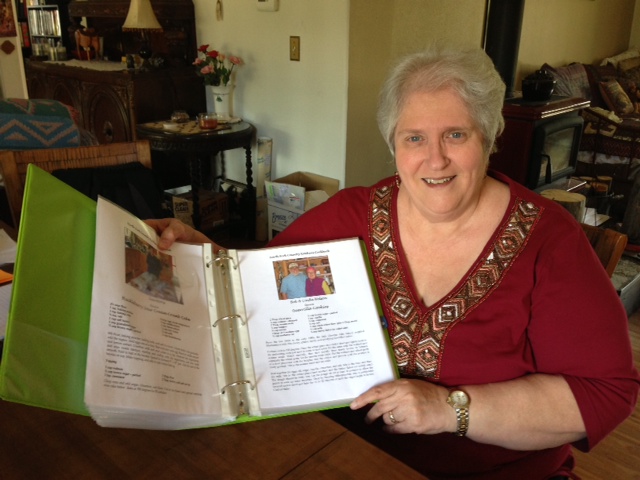 It has been forty-three years since the last North Fork Cookbook was published by Cecily McNeil in 1971.  Cecily’s North Fork Kitchens Cookbook contained recipes and memories of original homesteaders and their families.  Soon, we will have a new North Fork Cookbook which contains recipes and color photographs of nearly 100 North Fork families and individuals.  The new cookbook also includes a Heritage Section that features historic photographs and tells the stories of twenty long-time North Forkers who are no longer living.  Most of the photos in this section come from Larry Wilson’s legendary collection.

The idea to create a new cookbook originated with Gary Haverlandt, grandson of North Fork homesteaders Frank and Ella Wurtz.  Gary started work on the project two years ago and most of the work since then has been accomplished by local historian and author Lois Walker.  The cookbook has been published in time for the 4th of July celebration in Polebridge which will mark the 100th anniversary of the Polebridge Mercantile. Cookbooks will be for sale that day in front of the Northern Lights Saloon.

The cover of the cookbook was designed North Fork resident Valerie Cox, and the book also includes sketches by well-known North Fork artist Helen Huck Ramon. Beautifully bound and with color photos, only 400 copies will be printed in the first batch and 160 of those have already been spoken for.

You can pre-order a book for $30 by clicking here for the order form.  The NFLA is also accepting donations to help defray the cost of printing the book.  Fill out the donation section of the order form and make checks payable to NFLA with a memo that says “Cookbook.”