Good morning, I see there have been quite a few posts about bears on this page and other pages. I thought I would give a quick update on what I know.

The 2 female yearlings I released at Logging Cr on 4/27 were not collared. Regi got a remote camera photo of a yrlg in that area in mid May.

The 3 subadults I released on May 8th at Whale Cr and the border, are all over near Fortine and Trego.

The adult male from Helmville that was released in Coal Cr on May 8th has traveled a lot. Coal to Big to McGinnis to Apgar Range to Trout Lk to Dutch to Bowman Cr to Long Bow to Kintla Cr to Border Station to Trail Cr. I think he might be the one breeding the scraggly looking female that Dick Leigh photographed. UPDATE… the breeding pair Dick posted was from a few years ago.

The scraggly looking female had two 2-year olds that she had kicked off. She is not collared and has been seen a lot around Trail Cr and Tepee. Very distinctive.

Oattie is radio collared and just came south of the border. He has been seen and photographed around Trail Cr. We are going to try and trigger his collar to drop off… hopefully in Ogles yard.

There is an uncollared light colored female with two 2-year olds that has been seen and photographed in the Trail to Whale Cr areas. I think this could be the bear we called Betsy. Just a hunch.

There is a single uncollared bear that was seen around the Polebridge Bench for a while. I thought it was maybe Monica, until I got a report of a female grizzly with 3 small cubs in the Cyclone area. That is where Monica has denned in the past. She is not collared and I expected her to have cubs this year.

As part of the population trend monitoring program there are the following collared bears in the NFK.

Again, sorry for the long post. I appreciate all the texts and photos that are posted and sent to me.
Have a good weekend!
Tim

The annual Christmas Potluck Dinner is at Sondreson Hall today. The doors open for social hour at 3pm and a potluck dinner is served at 4pm, turkey and ham provided. Please bring a side dish and your own table setting.

Your hosts are Mark & Margaret Heaphy and Alice & Jan Caldwell. This is their 10th year of organizing this celebration!

Passed along by Karina Pettey…

The 2020 Forest Stewardship Workshop registration is now open for workshops in Frenchtown, Bozeman, Columbia Falls, and Clancy (just south of Helena).  Please share this information and the attached informational brochure/registration form with your family, friends, and neighbors who might be interested in attending.

Montana Forest Stewardship Foundation hosting, 11th Annual Landowner Conference, May 1, 2020 in Helena followed by an Insect & Disease Workshop on May 2, 2020.  Look for more information as the date approaches at https://www.foreststewardshipfoundation.org/events

Have a great Thanksgiving and Christmas 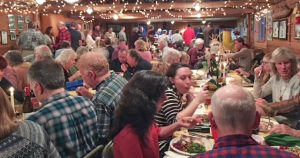 The traditional Thanksgiving dinner at the Hall will be hosted by Janet and Dick Leigh this year.

Thanksgiving dinner is a festive event with hundreds of neighbors and family members packed into the Hall. Food is always plentiful as befitting a Thanksgiving feast. Turkey and ham will be provided and everyone else will bring a large dish of their favorite food to share and the beverage of their choice.

The doors open at 3:00 and the feast will begin at 4:00. Everyone is asked to bring their own place settings (plates, utensils, napkins, and glasses) since dish washing is very difficult without running water at the Hall.

It is that time of year again! Winter dance classes at the Hall will begin the night after Thanksgiving — Friday, November 29, 6:00-8:00pm.

Dance classes are held once-a-week through February …and beginners are welcome! You can come with a partner or as a single. Debo Powers is the instructor and the classes are free.

Please bring beverages and snacks to share. Volunteers who offer to come early to get the fire going to warm up the Hall and shovel a path to the outhouse are always welcome!

Come out on cold winter nights to have fun with your neighbors and learn to dance!! 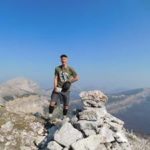 Join us for a presentation by Author John Fraley on the true adventures of people who earned their livings in the wild mountains and rivers of the Bob Marshall Wilderness and Glacier Park during the 19th and early 20th centuries.  Fraley is the author of “Rangers, Trappers, and Trailblazers”, “Wild River Pioneers”, and “A Woman’s Way West”, and is retired from a 40-year career with the Montana Fish, Wildlife and Parks.

Sondreson Hall, 7:00pm, Sunday, October 13th.  Bring a snack to share if you can.  The last general meeting of the NFLA will follow at 8pm, and canned goods for the Veterans Food Pantry will be collected there. 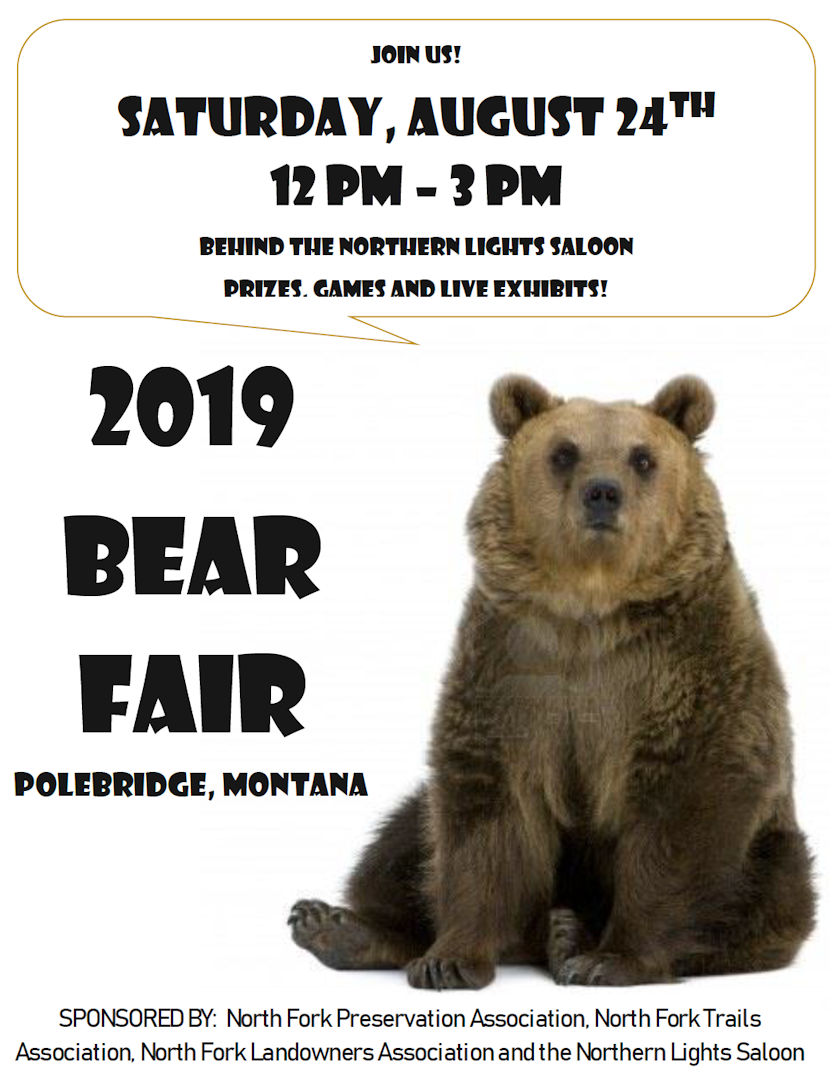 As an answer to two Grizzly bear cubs being euthanized last fall, Polebridge is hosting a Bear Fair next Saturday, August 24th, from noon-3pm behind the Northern Lights Saloon. If persuasion of proximity to a delicious watering hole (and bakery) isn’t enough, there will be opportunities to practice your shot with inert bear spray cans, meet Karelian Bear Dogs, sample products for living with bears, enjoy presentations by a few local bear experts and games and prizes for the entire family! Join us in Polebridge, Saturday, August 24th from noon-3pm.

The Summer 2019 North Fork Interlocal Agreement Meeting is at 1:00pm, on Wednesday, July 10 at Sondreson Hall. This year’s sponsor is the North Fork Road Coalition for Health and Safety (NFRCHS).

Interlocal meetings are held twice each year, winter and summer. These semi-annual get-togethers are intended to encourage open discussion between North Fork landowners and neighbors and local, state and federal agencies.

In other words, it’s a big deal if you have an interest in the North Fork.

This summer’s meeting will include a special presentation by the Forest Service on the planned Frozen Moose Project. This is a new vegetation and fuels project in the northern part of the North Fork. Sarah Canepa, NEPA Team Leader, will give a brief overview and answer questions.

Preceding the Interlocal meeting is the annual FireWise Day Workshop at 9:30 a.m. and lunch at noon. Lunch is a community potluck, with the NFRCHS supplying the main course and drinks.

While we have appreciated the moisture we received lately, we are still behind in overall precipitation for the year.  And while there is probability of showers in the forecast, I’m thinking things are going to dry out – and probably quickly by late July.  So, we will transition into an active fire season certainly by the end of July.  Still time to prepare – I know I have to get our sprinkler system set up!