The 2020 Spring NFLA Newsletter is available on the website “Newsletters” page and the “NFLA Calendar” page has been updated. Please note that, given the evolving situation with the COVID-19 virus, events on the calendar are subject to change. We’ll try to make any necessary adjustments in a timely fashion. Please keep an eye on the website for announcements and schedule updates.

All 126 properties were checked at least once and 618 miles were logged.

There were a few places that had downed trees, dented vent stacks, unlocked doors and a damaged screen (due to a bear). All owners were notified. 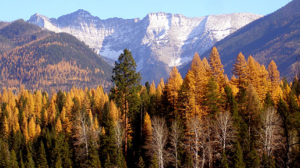 For those of you interested in more information about the Forest Service special use permits being considered for touring and guiding in the North Fork, Rob Davies passed along a very useful “summary of the routes, maps, dates, and service days that folks asked about at the meeting last Tuesday night.“ (Note that Rob must be working some long hours. I got his email a little after 930pm yesterday evening.)

The Flathead National Forest is seeking public comment on a number of “recreation events and services,” several of which would occur on the North Fork. Only a couple of major requests significantly affect the portion of the North Fork north of Big Creek.

The Hungry Horse News has a good write-up on the situation. The items most relevant to the North Fork are quoted below. [Clarifying comments are in brackets.]

“Whitefish Shuttle is seeking a permit to provide guided day-use van tours, biking, and hiking on Forest Service system open roads and trails in the North Fork area of the Hungry Horse-Glacier View Ranger District and west of Highway 93 on the Tally Lake Ranger District. The permit would allow for shuttle services and guided van tours, biking, and hiking and between June 1 and Oct. 31 on various system roads and trails including Forest Service Roads 115 [Red Meadow Rd], 376 [Hay Creek Rd], 909 [road from Hay Creek Rd past Cyclone LO trailhead to Coal Creek Rd], 317 [Coal Creek Rd], 316, 315, 5207 [these last three are the route to Moose Lake, starting at the Big Creek Rd turnoff from the North Fork Rd] and Forest Trails 40 [trail to Cyclone LO] and 266 [Demers Ridge Trail – likely the trailhead near the Camas Road intersection that accesses the ‘quad burn’ trail up Glacier View Mountain].”

Also note the following other item of interest:

“Spotted Dog Cycles out of Missoula is seeking a permit to run a “bike packing” tour for one week that would stop in the Red Meadow area one night and then drop down into Polebridge. Owner Joe Riemensnider said the entire tour, which will last six days in July, will cover about 150 miles, but only two are actually in the North Fork.”

The deadline for comments is May 1, although this may be extended. Please read the full official announcement document for details on how to submit comments for the various projects. 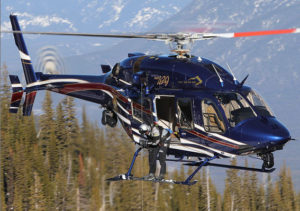 This Saturday, members of North Valley Rescue will be conducting training in the vicinity of Trail Creek/Kintla Ranch. The Two Bear Air helicopter will be in the area for about 1-1/2 hours in the morning if weather and conditions permit.

The Forest Service has big plans for the upper North Fork — including a lot of forestry and restoration work . . .

The Glacier View District of the Flathead National Forest is asking for public comment on the Frozen Moose Project. The project area is on National Forest System lands from Red Meadow Creek to the Canadian Border. The project proposes several types of management activities to reduce fuels in the wildland-urban interface, improve the resiliency of vegetative communities, improve aquatic ecosystems, and provide a mix of forest products. These proposed activities include 3,552 acres of commercial vegetation treatment, 4,630 acres of noncommercial vegetation treatments, road management activities, and other aquatic restoration activities.

Maps of the proposed action, detailed descriptions of activities, and information on how to comment can be accessed at the project Web site: www.fs.usda.gov/project/?project=57310. Hard copies of the proposed action documents are available by request or can be reviewed at the Hungry Horse-Glacier View Ranger Station (10 Hungry Horse Drive, Hungry Horse, MT, 59919). Please contact Sarah Canepa, project team leader, if you would like more information about the project at (406) 387-3800 or sarah.canepa@usda.gov.

If your newsletter arrived in damaged condition (for some reason, the postal service processing equipment was in mangle mode), contact Chris Heitz (chrisirv2@gmail.com) for a new copy — or just download it from the website.

Note: The mystery photo from the 1990 Fourth of July parade has been identified. It is Dan Deck singing with other members of the Kalispell Presbyterian Choir.

I just got this note from Rob Davies, Hungry Horse/Glacier View District Ranger . . .

The Proposed Action for the River Plan is out today. [In the press release below,] you will see the link to the Flathead NF web page where you can locate the July, 2019 Draft Proposed Action (50 pages).

If you could please pass this on to the home owners association and others in the North Fork on your email list who you know are interested. This info will also be distributed in all the next editions of the local papers.

And here is the official press release . . .

Kalispell, MT, July 31, 2019- The Flathead National Forest, in coordination with Glacier National Park, is beginning the scoping process for the Comprehensive River Management Plan (CRMP) for the Flathead Wild and Scenic River.

The proposed action document discusses potential management direction and information on the desired conditions for the Flathead River segments. The public is asked to pay particular attention to how the desired condition statements as well as the proposed monitoring indicators, thresholds and triggers protect and preserve Outstanding Remarkable Value’s for the three forks of the Flathead River system presently and into the future. This is the foundation of the CRMP and will inform management actions and inform how the user capacity process will be done. More information on the Flathead Wild & Scenic River Comprehensive River Management Plan can be found at: https://www.fs.usda.gov/goto/flathead/crmp.

The public can provide us comments by doing the following:
• Email comments to: comments-northern-flathead@usda.gov. Acceptable formats include MS Word, RTF, or PDF.
• Fill in an electronic form by going to the same Flathead National Forest NEPA page (see above) and selecting “Comment/Object on Project” on the right hand side of the screen.
• Hand-deliver or mail comments to the Hungry Horse-Glacier View Ranger Station in Hungry Horse or the Forest Supervisor’s Office in Kalispell (see above for addresses).

To assure your comments are fully considered during this scoping phase of the project, we request that you submit comments by September 13, 2019. Additional comments are welcome throughout the planning process.

Two public open house meetings will provide further information about this project will occur on August 13 and 20, 2019, from 6 pm to 8 pm at the lower level of the Arts and Technology Building at Flathead Valley Community College.