This is a summary of local wildfire issues based on information from Lynn Ogle and various other resources. No agency had issued any press releases at the time I put this together at 0720…

Flathead NF: Two hot-spots along the ridgetop in last year’s Hay Creek burn; FNF is sending a ground crew in to check it out; initial report 30 July. (See image below.)

Kootenai NF: Weasel Fire (sometimes called “D3 Weasel”), on the east slope of a ridge to the west of Weasel Creek. It was about 7 acres in extent initially on 30 July, is now 13.50 acres, and is being handled by the Kootenai National Forest. According to Bill Fordyce, “The Kootenai has put a lot of resources on the Weasel Fire. It’s a 10 plus acres. Some of that area burned 5 or 6 years ago so there would be standing dead and down…”

Approximate position, according to Zoom Earth, of the two hotspots in last year’s Hay Creek burn. The nearest is about 6.5 miles west of Polebridge. We should know more once Flathead NF gets some people up there to look around…
(look for the kind of orangy glows near the left edge of the image. Those spots are *not* to scale, they just indicate rough positions!)

Wernick’s Wednesday Market for July 27 has been canceled.

No word yet on whether it will be rescheduled.

According to the official press release, the bridge work in Glacier Park starts off with a couple of items on the “Inside North Fork Road”…

Glacier National Park is starting a construction project to rehabilitate 13 bridges throughout the park. The work will take place over the next two years with funding provided by the Bipartisan Infrastructure Law through the Federal Lands Transportation Program.

Construction begins on two Inside North Fork Road bridges on July 18. The Inside North Fork Road is managed for a rustic experience and is currently open to vehicles in certain sections and provides pedestrian, bicycle, and emergency vehicular access in other sections. Visitors will have pedestrian and bicycle access to Dutch Creek, Anaconda Creek, and Camas Creek.

The Fish Creek Bridge will have limited delays in traffic until it is fully closed to motorized, pedestrian, and bicycle access on September 6, 2022, after Fish Creek Campground closes for the year. 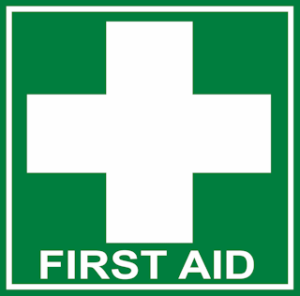 For those of you who missed it in May, Bob Lee will be giving his well-regarded First Aid/CPR/AED class in the North Fork again this summer. It is an all-day course, starting at 9:00am. The date is Tuesday, July 12. The course will be held at Sondreson Hall. Cost will be $45/person. (Make checks out to Red Tail Education and Research.)

Note! Like last time, the certification cards will be distributed electronically. The emails sometimes get misdirected to spam, so it is important to keep an eye out for that.

NFPA/Polebridge Bear Smart is offering Kodiak brand 96 gallon bear resistant garbage containers for loan or purchase at a reduced price. This opportunity is being made to the Polebridge community with the help of grants and private donations.

Purchase price per canister is $300.
Canister Loan Program fee is on an able-to-pay basisCans are available now!

Please contact Suzanne Hildner sdhildner@icloud.com or (406) 253-3263 to purchase or rent.

The Board of Directors spent quite a bit of time over the winter reviewing the NFLA bylaws. As a result, a total of six amendments to the bylaws will be formally proposed and opened for discussion at the general meeting on July 10, 2022. These amendments will be voted on by the membership at the August 14, 2022 meeting.

The proposed amendments can be viewed/downloaded here. This is the same material that was made available in printed form at the June 12 meeting. 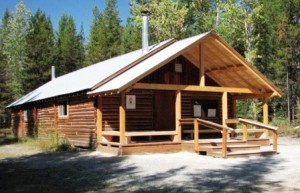 The Summer 2022 Interlocal Agreement Meeting is at 1:00pm, on Wednesday, July 13 at Sondreson Community Hall. This summer’s  Interlocal is hosted by the North Fork Landowners’ Association (NFLA). It follows the annual Firewise meeting at 9:30am. Lunch is at noon, with the NFLA providing the main course. If you wish, bring a side dish or desert to share.

END_OF_DOCUMENT_TOKEN_TO_BE_REPLACED

The North Fork Patrol checked properties for flooding yesterday and all are currently not threatened. One owner adjacent to a creek was notified about a potential concern.

The river is forecast to crest again at the border this weekend but not at flood stage.

This past week, a Forest Service fire crew removed a number of trees posing a threat to the historic Ford Schoolhouse. According to Forest Service Archeologist Ryan Powell, a Youth Conservation Corps crew will do further clearing at the site in July. In September, the Forest Service historic preservation team out of Missoula plans to reinstall the windows that have been stripped of their lead-based paint, do further foundation work, and replace the existing metal roof with a shake roof. The schoolhouse was originally constructed in 1917-1918. END_OF_DOCUMENT_TOKEN_TO_BE_REPLACED

During this Sunday’s NFLA membership meeting, there will be a silent auction of items discovered during last month’s Sondreson Hall attic clean-out. Proceeds will go toward replacing our antique digital projector, which doesn’t work with any computer built within the last decade.

Here’s the list of items, as well as photos of most. (Note: This auction is only for stuff found in the attic; we’re not accepting any additional items.) . . . END_OF_DOCUMENT_TOKEN_TO_BE_REPLACED